Fans of PlayStation will be very sad to hear that Sony won’t be at the Tokyo Games Show 2022, even though Xbox will be there.

The list of companies that will be at the Tokyo Games Show was released earlier today. It includes big names like Bandai Namco, Square Enix, Capcom, Konami, Atlus, and, most importantly, Microsoft. Many people didn’t think Microsoft would be at the Tokyo Games Show. Instead, they thought Sony was more likely to be there. But it looks like the exact opposite of what people thought would happen has happened.

Fans of PlayStation are waiting for the next State of Play

Every day that goes by, we can’t wait for the next State of Play. People are very excited about it because Sony’s next event is likely to show off God of War: Ragnarok and announce when it will come out. Leaks had said that we might get a showcase as soon as this week, but since we haven’t heard anything yet, that hope looks pretty dim at the moment.

Even though Sony not being there might be disappointing to some, it’s important to note that PlayStation will still be there to show off its independent games. Fans have been saying that we might get a State of Play that focuses on independent games, but Sony hasn’t said anything about that yet.

Fans are also eager to see Final Fantasy 16 in the State of Play, but that might not happen until the Tokyo Games Show in 2022. Square Enix is there, so the creators of Final Fantasy 16 might still show it off. In the last State of Play, it was said that the game would come out in the summer of 2023. This is still a long way off. No matter if Sony shows up or not, there are still a lot of interesting developers to look forward to at the event.

Fortnite: Getting Major Mancake Has Never Been Easier

Are you bored? Because if your answer is yes, we may have the best solution. The game is…

As the start of Season 4 gets closer, many players are beginning to wonder when the next Double… 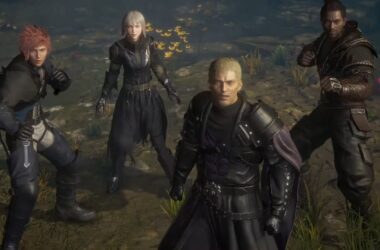 Is it possible to play with your buddies despite the fact that they have different consoles? We know…