343I Responds To Massive Data Usage In Halo Infinite Multiplayer

343 Industries has put out a patch for Halo Infinite that fixes another problem that has prevented players from enjoying seamless online play. This patch addresses a data problem that caused a 300MB download for each multiplayer match.

One Halo Infinite multiplayer battle used 300MB of bandwidth, as discovered by Twitter account Neeko on July 21. It’s possible that after only a few matches, many terabytes of data may be downloaded. The next day, 343I recognized the problem in an official Twitter tweet informing gamers that it would investigate the situation, confirming the findings of other players. This raises the subject of how much this problem has been carrying on and how much longer it may have gone undetected by the community at large. Unfortunately, this isn’t the first time players have reported issues with Halo Infinite.

A fix, which 343I called a “backend solution,” was announced via Twitter, and the community should be able to rest easy until the August update rolls around. However, it must be mentioned that Halo Infinite multi-player troubles still remain in other regions, so while this is welcome news for fans who were excited to get back into the experience, 343I says it would keep monitoring the situation.

The #HaloInfinite team has deployed a backend update that improves the amount of data downloaded after multiplayer matches. This update is now live and no download is needed. The team will continue to monitor this issue and work on additional improvements for August's Drop Pod. https://t.co/vlBxy3Cotd

Still, this is one less thing Halo Infinite fans have to worry about in order to take advantage of the game’s otherwise satisfying multiplayer mode. This information might come as pleasant news to someone that would have invested more hours in Halo Infinite if they had known about the cause of the latency and gameplay difficulties they encountered when they started the game. Without downloading anything, users should be ready to start a multiplayer game and find that none of the previous problems apply. Players can rest assured that 343 Industries will continue monitoring the situation for any further issues linked to the bug, particularly in light of Halo Infinite’s planned cooperative campaign.

In the past, the PUBG Corp told people that an Among Us-themed crossover would soon be available in the PUBG… 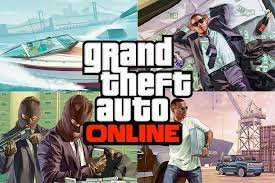